In 1978 I took a photograph in Yemen. I was eight years old. The photograph was taken with a light plastic camera and a roll of film. We had stopped the car at a lookout point on a dusty mountain road above the city of Sanaa. The heat was intensely dry, the light was a rich haze of persimmon pink. On the roadside I pointed the camera lens at a large solitary bolder, standing near our parked car, vast space falling away behind it. The rock had a small manmade rectangular hole carved into the face of it. The hole was about fist size and stared back at me. It was full of shadow. This created an uneven, black rectangle, in stark contrast to the surface of the bolder which sat scorched by intense desert light. The rock on the roadside was a mysterious object all on its own, framed by a barren landscape. The carved black rectangle cut into its face suggested purpose but one which I could not fathom. This is what made it so appealing to my eye. Whist others around me took in the view, I photographed this mysterious stone on the roadside with its black geometry. The memory still fascinates me and is one which I now consider as an early introduction to pure abstraction. 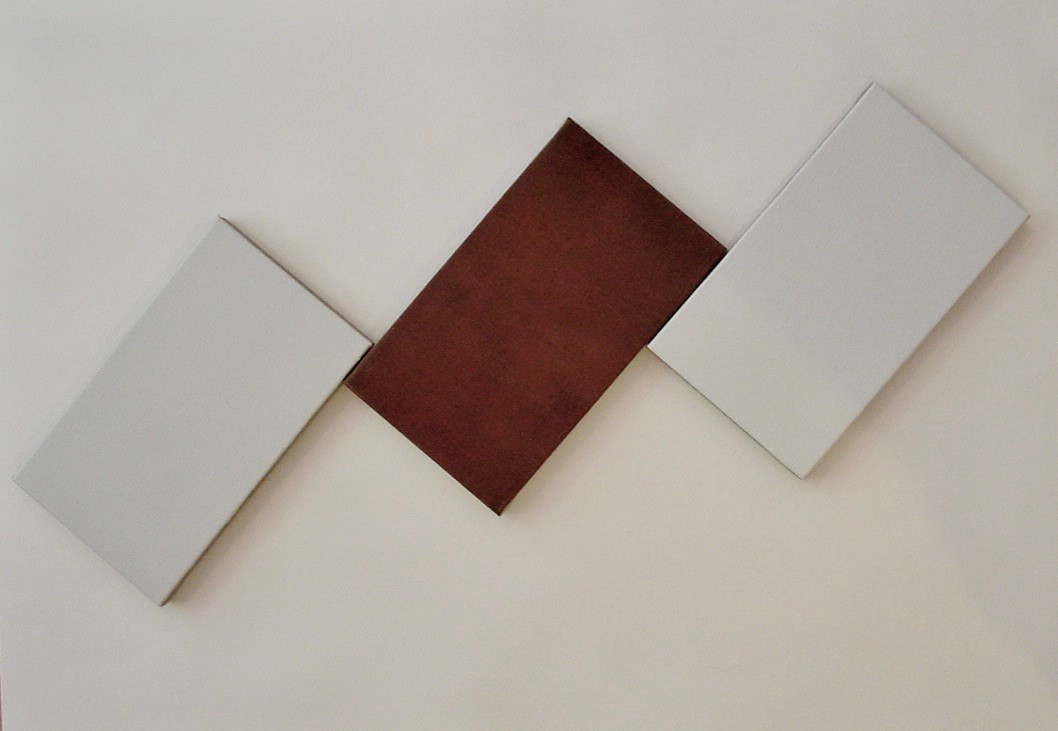