The titles Meldreth and Shepreth are taken from small towns at which the slow train stops on its way to Cambridge from Kings Cross. A wish for collaboration and funds from the Pollock Krasner Foundation allowed me to work with master printer Kip Gresham at his print studio in Cambridge. Initially (and finally) the prints related well to my painting process. Things grew more interesting and more difficult where the two mediums separated. As the etching process revealed itself, my hard- earned integration of colour and drawing in the broom strokes of my paintings had to be left behind. Now the tonal greys to black drawing on the etching plates had to be “coloured”. What had evolved into an intuition now had to become conscious, even self- conscious. Here the collaborative understanding and the experience of practiced printmakers was much needed, and was given.

Meldreth coming off the press, The Print Studio Cambridge, 2017

Photograph courtesy of the artist 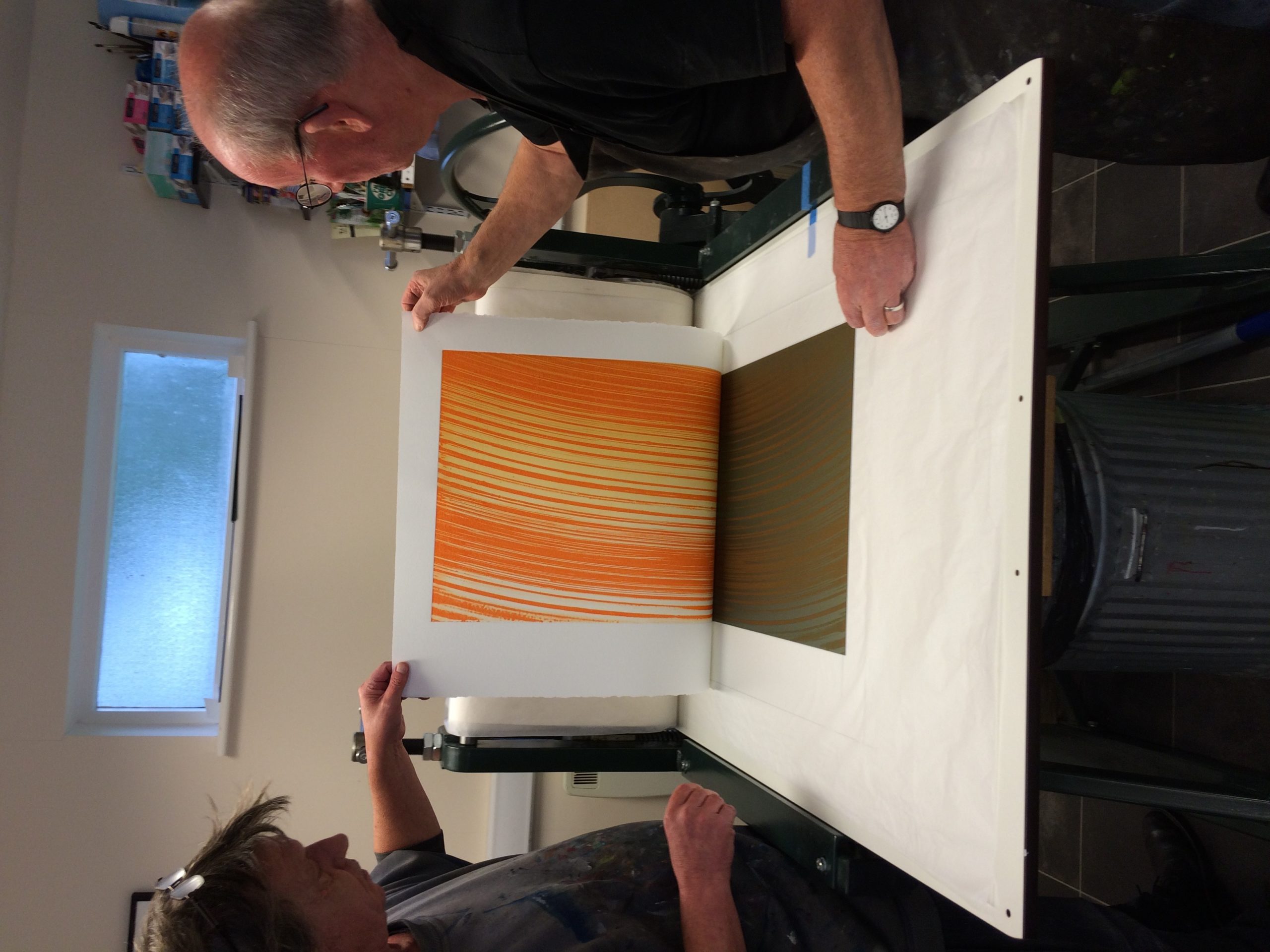