I clearly remember going to Slimbridge with Ann and Ken in order to watch the starlings roosting at dusk, armed with a roll of black and white 35mm slide film, although I only have a hazy memory of how the prints were subsequently produced at the Curwen Studio near Cambridge. Thanks to The Royal Academy of Arts who funded the project, the prints were made at Curwen in one day by the renowned printer Stanley Jones who had invented a process called photographic contone. I was not so interested in the process which for me was completely hands off, it was a day of testing and experimenting with different plates, inks and papers and resulted in two separate images which captured that magical evening at Slimbridge. 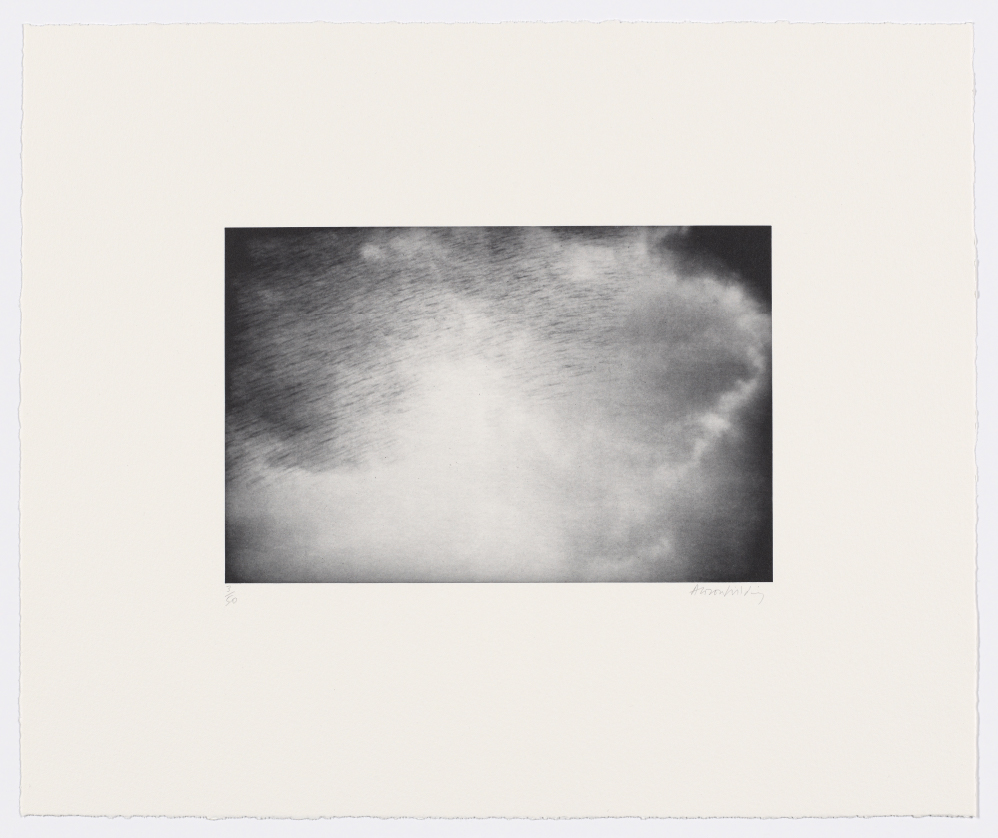